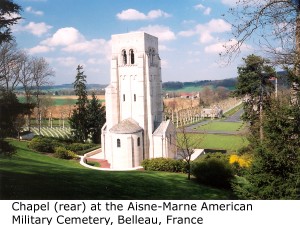 The French are great for commemorations of the events of the two world wars. The First World War is remembered each year in every town and village on 11 November typically with a simple commemoration at the town’s war memorial followed by a vin d’honneur – a mini reception of Champagne and canapés held in the village hall. Cities frequently celebrate with elaborate parades and ceremonies, such as that at the Arc de Triomphe in Paris.  To a lesser extent, the Second World War is commemorated on 8 May. American contributions to both wars are recalled during ceremonies at the nineteen American military cemeteries in Europe on Memorial Day in late May. END_OF_DOCUMENT_TOKEN_TO_BE_REPLACED